You are here:
Planning 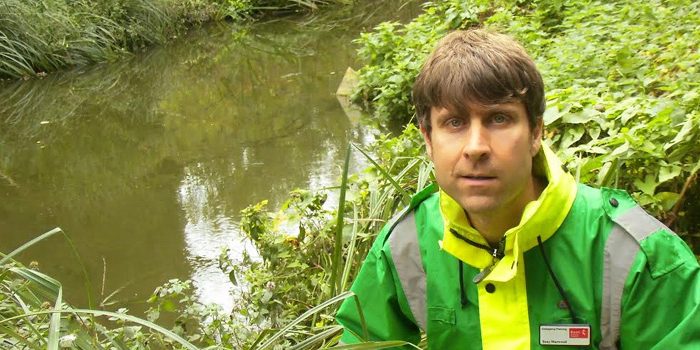 The River Len is a small and heavily urbanised tributary of the River Medway in Maidstone.

In autumn 2000 the Len had flooded commercial and residential property in Maidstone town centre. In 2002 the acquisition of 2.5 hectares of the River Len corridor was negotiated by Maidstone Council as environmental mitigation for a new supermarket and business park extension. Much of this land was shrouded in concrete and littered with hundreds of used tyres and other fly-tipping. In autumn 2000 floodwater had scudded-off the impermeable hard-standing, bringing with it tonnes of man-made debris which had blocked weirs and culverts intensifying downstream flooding.

Local councillors worked with residents and the Council’s street cleansing service to remove tonnes of hard-standing and fly-tipping from the site. They also introduced management designed to benefit landscape, wildlife and local people. Relict patches of alder, crack willow and sallow carr were expanded, reed and sedge beds restored, pools and marshy areas re-created and sunlit rides opened-up and maintained. In 2014 the site was officially designated as a Local Nature Reserve. Ongoing recording of flora and fauna by local people has shown a sharp increase in both biodiversity and biomass, with uncommon native species including water vole, Desmoulins’s Whorl Snail, White-legged Damselfly and Grass Snake all flourishing. The flood mitigation benefits from these changes were realised just before Christmas 2013, when Kent was hit by rainfall even more severe than that of autumn 2000. This time the re-naturalised banks of the River Len, and its damp woodland and reed beds, dramatically slowed flows and held-back huge volumes of flood water and debris. Remarkably, no properties were directly flooded in Maidstone town centre.