You are here:
Case StudiesPlanningSustainability 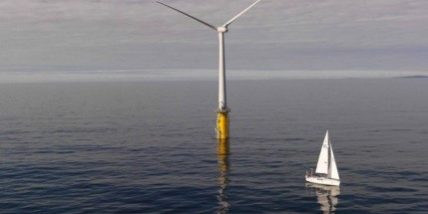 Since 2009 when Statoil installed the first full scale floating wind turbine in the North Sea it has generated more than 32GWh of electricity, and proved that it is possible to capture wind energy from deep water environments up to 700m, far beyond the reach of traditional seabed-mounted turbines.

Now, in partnership with Masdar, the companies are installing the world first commercial floating wind farm 25km off Peterhead, Scotland, an area with strong, steady winds of around 10m/s on average.

The farm will initially consist of 5 83m tall towers with a blade length of 75m (almost the same as an Airbus A380), and will generate 30MW of energy when at capacity, supplying power to over 20000 homes.

The final aim of the Hywind project is to develop large scale floating offshore wind farms of between 500 and 1000MW.